I just came into possession of a book called “If Teacups Could Talk: sharing a cup of kindness with treasured friends” by Emilie Barnes

As I leafed through, admiring the beautiful illustrations by Sandy Lynam Clough, reading bits here and there, many memories were brought to mind.

As a little girl I enjoyed playing tea party. I still have my dolls china tea set in storage in America. It is white with pink and blue flowers. As I grew older many more fond memories and attachments to people came via tea. Curling up with a steaming mug and a good book is still one of my favorite activities. 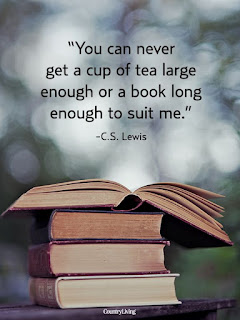 From the time I was in about 5th grade through college, I attended an annual “Christmas tea” hosted by a friend’s mother. It is such a delightful event, and she is such a gracious hostess; in order to accommodate the women and girls who attend, there are tables set through-out the house and three sittings! I was so very pleased to be able to attend for the first time in several years when were in America on furlough in 2015. 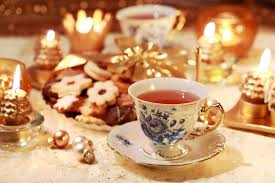 The first present Evan ever bought me was a mug, a boxed selection of quality teas and a fuzzy blanket. On a visit to Evan’s brother in Seattle, he took us to a tea shop where we were served several cups of throat-scalding, but very good, tea out of jars and drawers and given a lesson in which tea gave what flavors and properties to the drinker.

One of the presents I brought back from my trip to Russia was a traditional glass and metal tea cup for my father. He and I share a love for tea. 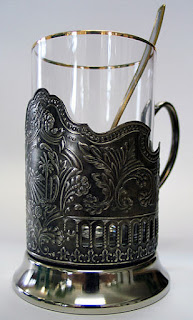 A search for replacement Tupperware popsicle molds on ebay ended with me in possession of some lovely cups which I enjoy using:

I came across one seller who also was selling a beautiful set of blue and white tea cups produced by Staffordshire engravings. The thing that caught my eye was that the birds on the cups are birds of paradise, the national bird of Papua New Guinea. The price was reasonable, but in calculating how much it would take to ship to PNG, plus the molds I decided I couldn’t buy them. In communicating with the seller about shipping for the molds (I was having her mail them to my mom who would ship them on), I complimented her on the cups and told her we were missionaries in PNG where the birds on them are found in many varieties. She quickly replied that she wanted to send them to me as a blessing and asked for an address. A couple of months later I was a very proud owner, and indeed blessed by the kindness of a stranger. 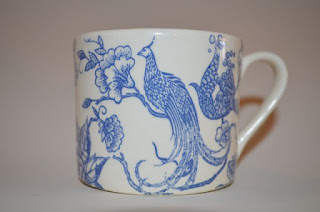 I have been able to continue a tea-loving legacy in my boys…though they are only allowed mostly herbal teas like chamomile at the moment; Liam in particular has been drawn to the ritual of tea drinking and “tea time”. Those blue and white cups I told you about? They are his favorite to drink out of.

One of his favorite things to do while visiting his grandparents (my parents) was prepare a tray with tea and toast to bring to Granddad in bed in the morning. Last school year, in social studies, they learned about the UK, and at the end of the unit, Liam took great pride in carefully dressing for their special “real UK tea party” served and explained by women in our community from the UK. His hospitable nature is drawn to the social care of teatime.

Here in PNG, where spending time on developing relationships is of paramount importance, it makes sense that “tea-break” is still an observed time of the day. 10 AM and 3 PM every workday. In many cultures, to eat and drink with someone is a profound step in acceptance. Jesus uses this ritual many times as an object lesson in showing God’s love to others.

I have heard many people comment that they hear the best stories and grow closer to their co-workers over their tea-breaks. In our multi-cultural environment, where the number one reason for missionaries leaving the field is inter-personal conflict, I hope the tea-breaks never stop.
When I am having a tough time, or just want to visit, going and having a cup of tea with a friend…even if she tidies up her kitchen while we sip and chat, is refreshing and comforting. In the evening, when Evan sets the kettle boiling and asks if I would like a cup, I feel the warm glow of love and companionship from that one question.

So, raise your cups (even if they contain something other than tea) in salute to this special pastime and maybe even throw a special party and create some memories when International Tea Day rolls around on December 15th.
Posted by The Larsons at 4:23 PM