Okay, so it is still a long way off...but we are a lot closer now that we have been officially approved for membership to Wycliffe!

Now the long process begins of going through all sorts of things...
1. Medical exams

2. decide on a budget - Evan and I have already done this basically but will have to discuss it with our Wycliffe rep.

4. Go to Orlando for the onsite part of Equip

5. Fundraising - We have started working on ideas and putting things in place for this (we are anticipating this going very quickly)

6. Passports renewed (or get one in Liam's case), visas and tickets

8. Rent house (this may be the hardest thing to do) and pack. Also, ship anything we want to go to PNG ahead of us to JAARS.

9. Cross-cultural training/job training (this will be for 3 months in Waxhaw, North Carolina.)

10.With our departure schedule for January of 2012.

We are hoping to get there sooner but it will be okay if not. We are still working on having our second kid before we leave, but we may need to adjust that if we get things done sooner...

We will see! God is in everything and he has a plan, even if we don't always know why. I am really happy to finally be getting to the point where we aren't just waiting around. I enjoy having a job...AKA organizing our fundraising efforts and working on support letters and powerpoints.

As I sign off, I leave you with some pictures of what we are working towards. 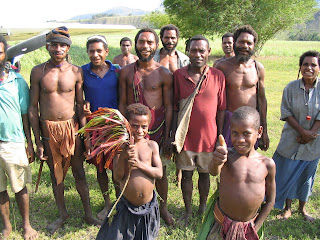 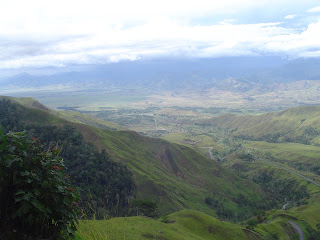 Posted by The Larsons at 2:46 AM No comments:

So, life has gone on and I have been stumbling along trying to keep up. I have succeeded most days but some days I fall way behind. Lots of things have happened but at the same time it feels like life has been at a standstill. Which confuses me because I totally feel like I am rushing all the time and rarely measuring up.

We have been moving forward and then falling back and moving forward again on the process of getting to Papua New Guinea. I keep going back and forth with how much I want to go and how much I want to stay. We are going to be hearing on the 9th or 10th whether we have been accepted to Wycliffe or not. After that we can start fundraising like crazy. We want to get $10,000 in the bank before we go to the training. We will hopefully get close to half from our tax return. I am working on ideas for generating revenue. We are thinking of having pie and slient auctions, maybe a PNG themed BBQ (aka a moo-moo* sorry for the spelling, it's phonetic), printing up mugs with our picture, or a rendering of a bird of paradise (or both!) to sell. These of course are just one-time money-getting things. For all the expenses that will entail getting there.

Liam is growing...he weighed in at 20lbs and was 28 inches at his 9 month checkup. That means he has grown 9 inches and has gained 15lbs. since he was born. He has learned to crawl and his super fast! He is working on pulling himself up on things but has yet to learn how to sit back down. He is very vocal.

We had an overnight away from him to test how everyone would do...and he was wonderful. I only called my parents twice to check on him! Haha! We are planning on going away for the whole weekend for our anniversary. I am very excited.

This week we are starting his "sleep training". Which means we go into his room and I put him in his crib, and sit there with him until he goes to sleep. You slowly move out of the room over a period of several days, until you can just walk in, put him in the crib, tell him it's time to sleep and walk out. So far (two naps) it has gone well. We will see what happens when it comes to going down for the night.

We are trying to a second baby, we thought we were quickly on our way again, when I discovered was pregnant last month. But it was not meant to be, as I lost the baby the week after we found out. So, we are still waiting for God to decide when we will have our second...

In continuing on our rough couple of weeks. Evan's grandmother, Elsie, passed away on the 18th of February. We are both grieved, but are comforted in that she is in Heaven and is out of pain. We will miss her though. It is hard to acknowledge she is gone, since not that long ago she was so full of life. We do have quite the legacy though to remember her by as she was very creative. She wrote books, poetry, took photos, and painted.

But in happier news, we heard some great news from friends and family that cheered us. We also go to celebrate Evan passing his exam at work (on which he got a 96.6%, the second highest anyone has ever gotten) and watch the largest barge Gunderson has built since the reopening of the marine department being lauched. It was quite a sight! And I am very proud of Evan.
We are now looking forward to pushing ahead with our plans to get to PNG, Liam's 1st birthday, the arrival of his new cousin (also a second cousin, or cousin twice removed or something like that...but it's thrilling nonetheless), our 3rd anniversary, and the promise of warm summer weather!
Posted by The Larsons at 7:10 AM No comments: